When going through our documentation it's good to be aware of which version of Pipeline your shop is running. The easiest method to check your version number is in the Theme Editor.

Open the theme editor for the right theme

If you're checking the version number of your live published theme:

Start by using the Customize button to open the Theme Editor: 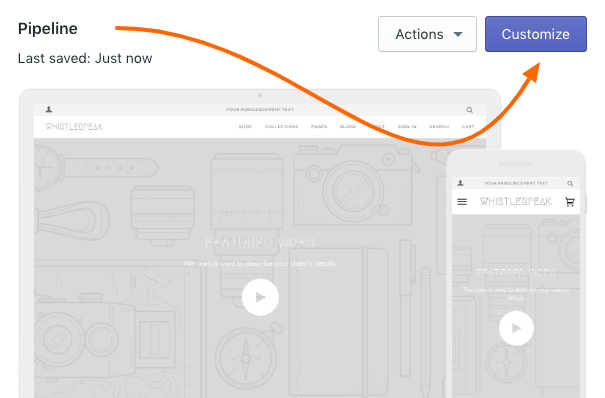 If you're working from a draft, unpublished theme (usually when you're setting up a new theme), the draft non-live themes are just below in your Theme Library.

Use that Customize link instead: 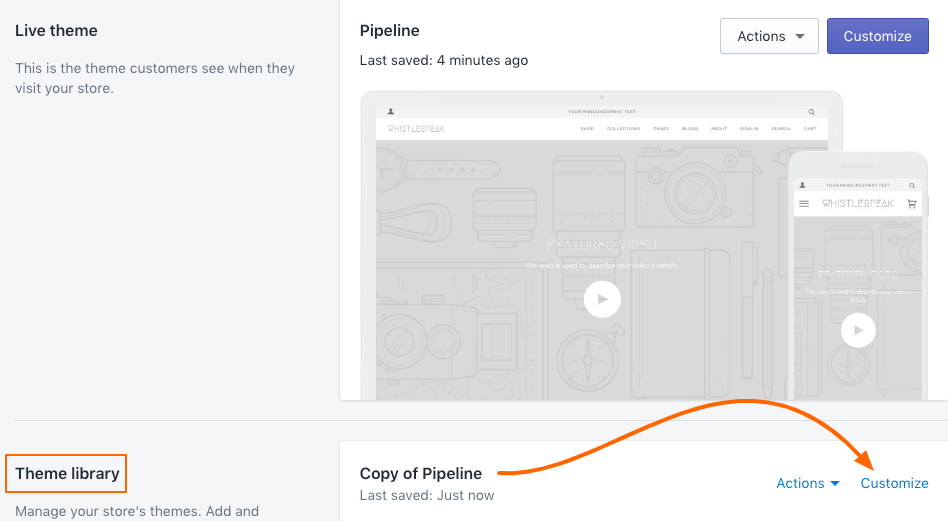 Use the theme settings tab to check your version number

Under the Theme settings tab, you can view the theme version at the bottom:

If you're on the first generation of Pipeline, you may not have the version number published in the above method.

Click on the Theme actions button at the very bottom (1) and choose Theme info (2): 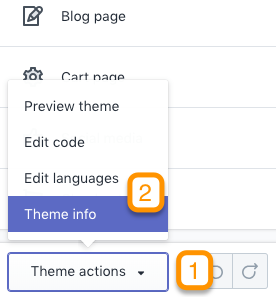 That will display a pop-up box with the version number. Example: 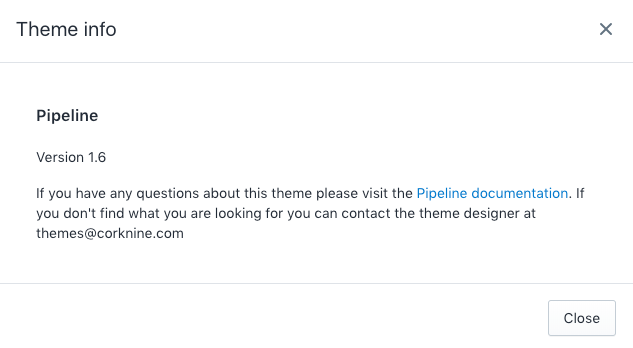